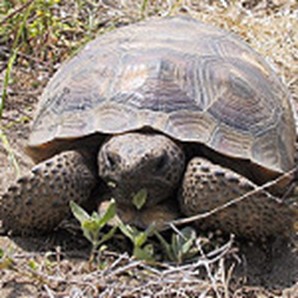 A proposal by the Florida Fish and Wildlife Conservation Commission to allow gopher tortoises to be relocated more than 100 miles from the development sites from which they have been removed has generated some concerns.

I deal with those presently, but first a little history might be helpful.

Initially developers were allowed to bury them alive and pay a fee to fund purchase of mitigation areas, but today developers have to remove them from their burrows, keep them alive and transport them to an approved relocation site.

This process has been complicated by the need to try to prevent the spread of an upper respiratory disease that was wiping out these reptiles in some parts of Florida and finding relocation sites in a rapidly developing state where suitable gopher tortoise habitat was also prime development land.

Another wrinkle in this process was the problem of how to protect other species ranging from gopher frogs and Florida mice to Eastern indigo snakes and Eastern diamondback rattlesnakes that regularly used gopher tortoise burrows along with hundreds of lesser-known invertebrates. They are known as commensal species.

Although the frog and the mouse are no longer classified as threatened species, the indigo snake is federally protected and the rattlesnake is being considered for federal protection. So is the gopher tortoise for that matter.

State wildlife officials acknowledge the relocation of commensal species is not well-researched and about all the current regulations say –except for the indigo snake—is to let them go their own way out of the path of the bulldozers and hope they survive at relocation sites.

What is really needed is stronger measures to limit development in gopher tortoise colonies in the first place by buying and protecting more key habitat areas.

That’s because development restrictions face political resistance and legal challenges over claims that they infringe on property rights.

However, the effort to buy the land necessary to protect gopher tortoises and other native plants and animals has been hamstrung by the Florida Legislature’s refusal to fully implement the funding authorized in a constitutional amendment overwhelmingly approved several years ago by Florida’s voters.

The dispute is still tied up in court and the hundreds of millions of conservation dollars that were supposed to be available remain unspent.

And that, not agency rulemaking, is what this is really about and will continue to be about until we get some change in Tallahassee.