Legislators are considering bills that will allow treated sewage to be used more widely, including as a source of drinking water.

However, it doesn’t look as though drinking water in this part of Florida will come from other sources.

That’s because the treated sewage in DeSoto, Hardee, Highlands, Polk and Sumter is already being used for other purposes, primarily irrigation and power plant cooling water.

In other parts of the state, the change will be more dramatic.

In south Florida counties, where sewage is still discharged into the Atlantic Ocean. That practice is supposed to end in 2025.

Elsewhere, inland surface discharges that haven’t already been diverted will have to end and utilities will have to pursue reclaimed water infrastructure.

According to a legislative staff analysis there are approximately 2,000 domestic sewer plants in Florida and 476 already have some kind of system for using what is now referred to as reclaimed water.

The big challenge will be how to afford the conversion costs. Some state funding will be available, but some of the cost will likely have to be incorporated in rate structures just as well-run utilities already set aside funds for repairs and replacement costs.

County commissioners agreed today to spend $106,271 to hire a consultant to conduct a study to determine the feasibility of restoration projects along the section of the Peace River in Polk County.

A final report on the study is scheduled to be completed by November.

The study, which will be undertaken by Kisinger Camp & Associates, will look at habitat, soils, wildlife, water quality and other features along the river. The 154-square-mile study area has been heavily impacted by urban development, phosphate mining and farming operations over the past 150 years

This is the first of three proposed study phases.

The effort will involve examining potential expansion of recreational opportunities along this scenic waterway.

Three public boat ramps and a riverside boardwalk park already exist. Efforts are under way to establish wayfinding markers to encourage paddling on this section of the river.

The slow-motion phosphate wastewater spill occurring at the old Piney Point fertilizer plant in Palmetto will only be solved by removing the source.

I wrote yesterday that the Florida Legislature has a role here since the private company that the state shuttled the problem off to in 2006 seems financially incapable—that’s the official story anyway—and as it turns out an effort had been under way even before the latest chapter of this decades-long saga opened.

A $6 million appropriation request was submitted in early March by State Rep. William Robinson to secure state matching funds—Manatee County will contribute $6 million, too—to come up with a plan to close the gypsum stack and to do something with the hundreds of millions of gallons of polluted water in the complex’s ponds other than dumping it into Tampa Bay to prevent a sewage tsunami.

One option may be deep-well injection, perhaps similar to what has occurred with other acidic wastewater at other industrial facilities in the region. That will certainly raise the cost, but there are few alternatives for dealing with that much polluted water.

As it stands, the amount of water being released on an emergency basis—about 31.5 million gallons a day–totals as much as some of the larger recorded phosphate spills to occur in Florida over the past 50 years.

Despite Gov. Ron DeSantis’ pledge to make HRK Holdings, the current stack owner, responsible, experience has shown that corporations are so well compartmentalized that there are few assets to pursue compared to the cost of the fix. Current and future taxpayers will be footing the bill.

This the latest instance in which the state had to step in to clean up the mess at a gypsum stack after a private company—actually the same private company—declared bankruptcy and bailed.

That involved the Mulberry Phosphates stack that was the source of a catastrophic acidic water spill during a rainstorm in 1997 that killed almost all plant and animal life in the Alafia River between Mulberry and Riverview.

The current releases will not have quite as dramatic an effect, but it certainly isn’t good news for the bay’s health, The damage will continue for who knows how long. I’ve seen no estimate on just how long the pollution of algae-growing phosphorous and nitrogen releases will continue.

If legislators approve the appropriation request and the polluted water is drained from the pond, the stack then has to be capped with impermeable material to prevent additional water buildup, though the typical estimate for all of the water already in the gypsum could take decades to drain away and would have to be collected and threated and taken somewhere.

The current residents’ grandchildren will probably be paying part of the cleanup costs.

This incident also highlights the recent effort to place more federal regulatory oversight of these waste piles because of their potential effects on the health and safety of residents in surrounding communities.

The Piney Point stack, which sits at the edge of a bay and a busy state major highway and near rural homes and county jail is a good example of why better regulations to prevent catastrophes make sense.

The Piney Point gypsum stack probably should have been closed years ago.

The fact that, unlike many of the other Florida waste stacks, it is near the Gulf of Mexico, a major state highway and a number of residences and public facilities, is kind of a no-brainer.

Gov. Ron DeSantis inherited this debacle from previous administrations who, like him to some extent, generally had a permissive attitude toward environmental regulation and made the calculation that fixing the problem would be more expensive than the state budget could sustain, perhaps.

In 2006 they turned the problem over to the private sector after the previous private sector owner declared bankruptcy and left the state holding the bag.

It is now 15 years later. The Florida Legislature is in session.

It will be interesting to see whether either Gov. DeSantis or legislators take the initiative to figure out a path to solve this environmental fiasco once and for all.

There has been so much effort to restore our rivers and bays to let things revert to the bald old days. 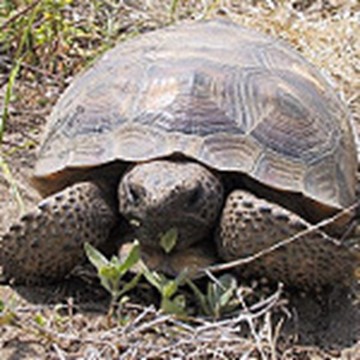