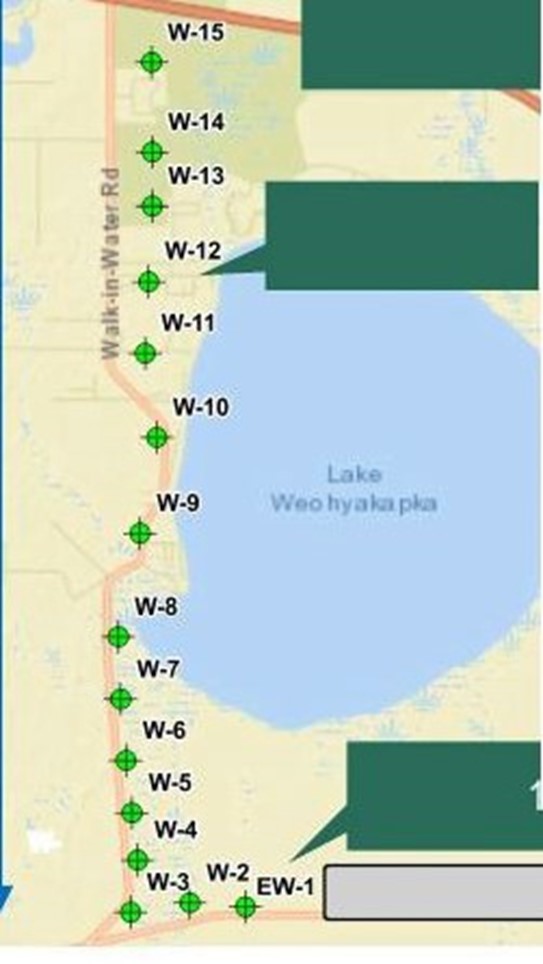 The task of providing water to feed future development ambitions in Polk County has long involved exploring the feasibility of drilling wells into the nether regions of the aquifer, an area known as the Lower Floridan Aquifer in hopes of finding water that could be good enough to be feasibly pumped and treated and fed into a countywide pipeline system.

This exploration has been going on for several years.

Initially the work was centered on a private ranch south of Lake Walkinwater east of Lake Wales. Next a well was drilled on property off Boy Scout Road northwest of the lake.

At this week’s Polk Regional Water Cooperative meeting, a more comprehensive map of the long-range plan for this water supply plan emerged.

It involves a network of 15 wells along the east side of Walkinwater Road. Many of those proposed wells would lie within sections of Lake Wales Ridge State Forest and around Tiger Creek, which flows from a nearby nature preserve owned and managed by The Nature Conservancy.

The development of this well network is still in the discussion phase and will require permits that will address the environmental impacts of the construction and operation of these well sites. Utility officials said that there is no indication so far that tapping water from the deeper section of the aquifer will affect surface water levels.