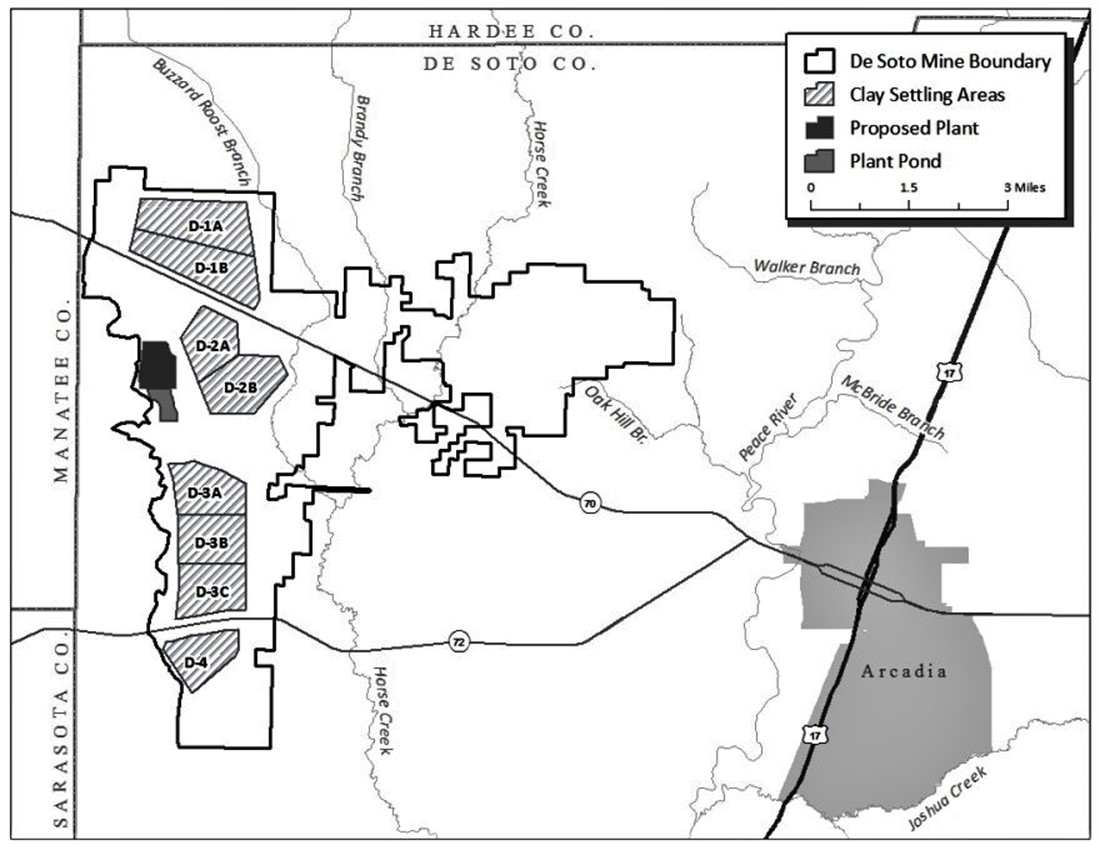 DeSoto County’s work session Tuesday highlighted the questions about a plan to reconsider the County Commission’s 2018 vote to deny Mosaic’s request to mine the northwest corner of the county for starters and to expand further into other areas of the county.

One of the prime issues was the plan to mine the land, which would change the geography and topography forever, and to develop a network of what the industry calls clay settling areas and others refer to as slime ponds, areas where the clay wastes from the initial separation of the soil Mosaic wrests from the earth along with trees, undergrowth and the wildlife habitat it contains.

Mosaic representatives focused on the improved safety of the dikes around these impoundments after disastrous spills in earlier times. This refers to a 2 million gallon spill in 1971 into the Peace River following a 488 million spill in 1967 from which some people testified that the river and the Charlotte Harbor Estuary downstream has yet to recover.

But it was not simply disastrous spills that were the issue.

The initial process of the mined material, which involves a chemical process to separate clay, sand and phosphate rock, generated a lot of comments because the chemicals used in this process—particularly fuel oil—raised concerns that these chemicals have been documented to flow through the ponds’ dirt walls into the aquifer, causing potential pollution of drinking water supplies.

This testimony belied attempts by Mosaic officials to downplay the potential threat.

One resident described the threat as a “time bomb.”

DeSoto County officials questioned Mosaic representatives about how long it would take for these chemicals to break down. Mosaic officials admitted they could not answer.

Critics also questioned why this issue was even being reconsidered.

Although there was testimony that the issues residents raised would be considered in state permitting reviews, residents were skeptical this would happen.

Another issue was the potential for flooding, which would isolate local homeowners, and the lack of any provisions at this point to establish warning network to alert residents of the threat.

Some residents describe the potential for off-site pollution as “trespass” and maintained that the so-called scientific studies used to buttress Mosaic’s position were not peer-reviewed by scientists unconnected to the phosphate industry and were instead industry-supported papers.

DeSoto commissioners raised questions as well about how the clay ponds would affect aquifer recharge and local hydrology.

Mosaic’s application is not scheduled to be considered until early 2023. In the meantime, DeSoto County officials have hired outside experts to help to evaluate the proposals’ effects on the county’s residents and environment.