The National Weather Service in Tampa’s Paul Close faithfully assembles data for the Tampa Bay area every month on temperatures and rainfall and as usual the data are mixed.

The summer 2022 data are no exception.

Winter Haven, whose records go back only to 1941, was the third wettest on record with 12.42 inches for August. My unofficial record about a mile away from the official site was 11.85 inches.

It was the fourth warmest summer at 84.9 degrees, but it was a four-way tie that included a record from 1941.

Lakeland, whose record goes back to 1915 at various locations before its current site at the airport, was the second warmest summer at 84.1 degrees. The rainfall record was incomplete.

In Bartow, whose records go back to 1892, the city recorded its 11th warmest summer, which tied a 1951 record, and 93rd wettest summer, well behind records from 1928 and 1934. Depending on how you look at it, August was either the 34th wettest or the 98th driest on record.

Farther south, Wauchula, whose records go back to 1933, didn’t appear record-breaking in either category.

Most of the higher temperature records at all of these locations occurred over the past couple of decades or so. If you are looking for trends, that might be a good place to start. 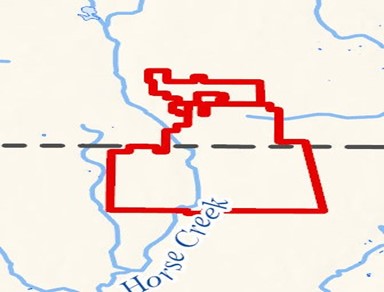 There will be no more roads to ruin for now in Florida it seems.

The Florida Department of Transportation has announced it will drop plans for four potential routes to link the Florida Turnpike to U.S. 19 and instead focus on improving Interstate 75, according to news reports.

This was the last of a group of controversial road projects opposed by Sierra Club because of their potential to encourage urban sprawl in rural areas that would threaten rural residents’ serenity and security and fragment wildlife habitat.

In addition, there was never any real need for these roads for anyone but the development and road-building lobbies.

Ancient Islands Sierra members in Sumter County and their neighbors had packed recent County Commission meetings to urge commissioners to support the “no build” option which is now what has become state policy.

Elected officials and residents in surrounding counties had actively objected to the project as well.

Ancient Islands Sierra members in Polk actively campaigned against an earlier project to build a new toll road between Polk and the Fort Myers area. Plans for that project have been shelved.

Remaining alert for proposals for unwise or unnecessary road projects is an ongoing task for Sierra, which also opposed an unrelated road project at the edge of the Everglades in Miami-Dade County and has spoken out about some so-called priority road projects in Polk County in the Green Swamp Area of Critical State Concern and the Everglades Headwaters.